Does it ever seem like the tricks to increasing conversions never work? Tune in this week to Best Search Strategies as we discuss the secrets to increase your conversion leads. Join in

It’s a new world these days when we think of businesses.  If people didn’t trust corporations & the financial industry 10 years ago, what must they think of them now?  The only 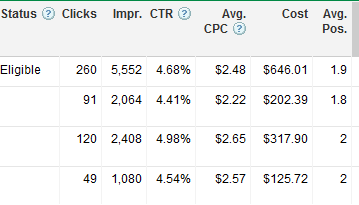 Occasionally, AdWords likes to add in nifty new features to its interface that even the most on-the-ball search marketers never really notice until a few months later, when they suddenly ask themselves

Does this look familiar? This inspiring sight is almost inevitable to anyone working in AdWords. Google takes care to inform you, in no uncertain terms, that your bid isn’t high enough to

1. Open the Adwords Editor and download the newest version of your account 2. Export desired campaigns, if not all, to as .csv file 3. Open the exported csv file in Excel 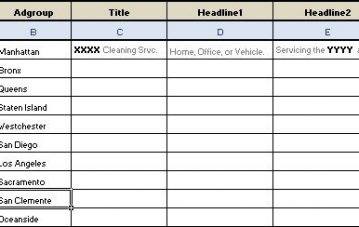 There is a fantastic formula in Excel which I find myself using quite often when creating ads for Geo-Targeted campaigns.  Its called: Substitute SUBSTITUTE(text,old_text,new_text) To demonstrate how it works, here is an

If you have recently gone to run a report in Google Adwords and attempted to customized the report by adding or removing columns you probably have noticed a change.  Under the “Conversion

With Google’s latest announcement about “AdWords Comparison Ads”, it”s beginning to look like Google is taking a step away from just providing listings, to instead qualifying potential customers and providing leads. AdWords 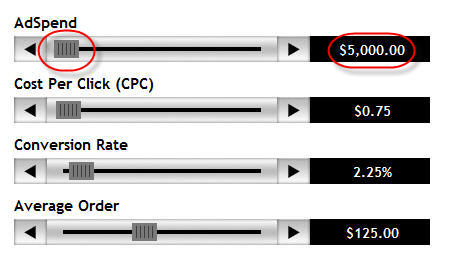 I recently returned from Bellevue (Seattle) ,Washington after being invited for the second time by Microsoft to participate in the 2009 Search Summit (formerly known as AdChamps). This is an invite-only summit

More than occasionally, one of our ambitious sales reps will ask me to look at a Google AdWords account in order to qualify a lead. Looking at new accounts is always exciting,

We’d love to hear from you so why not give us a call or drop us an email?